We are excited to welcome the 5th year of summer interns to Redhorse! The interns will be working on different digital solutions projects and prototypes throughout the summer. Read on to learn a little bit more about them here:

Steven is from Seattle, Washington and is majoring in Data Science at the University of California, Berkeley. He enjoys rock scrambling, and hand rope assisted climbing.

Grant currently lives in San Diego, California and is a student at San Diego State University. He is majoring in Information Systems and minoring in Finance. He loves touring around California on his adventure motorcycle!

Francisco is located in Houston, Texas, and is about to enter a Masters of Science program in Data Science at the University of Texas, Austin. He has a very needy cat, who wants constant attention.

Harsha is currently located in South Carolina, and attends Duke University, where he is a double major in math and computer science. He likes to play chess!

Kelvin is located in Los Angeles, California when not in school, and San Diego when he is. He is getting his Masters in Big Data Analytics at San Diego State University. he is a big baseball and sports fan, and follows the Los Angeles Dodgers and Lakers! 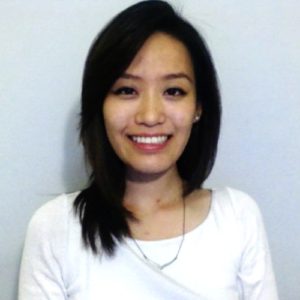 Audrey lives in Fremont, California and attended the University of California, Irvine. She cannot eat chocolate or cake because they make her feel sick – makes Valentine’s day hard! Nitya currently lives in the Hudson Valley in New York State and is a computer science major at SUNY Buffalo. He once served Steve Buscemi water at a restaurant! John currently lives in Atlanta, Georgia and graduated from Colorado College in 2016. He has a dog named Cricket! Peter is currently located in Tallahassee, but is moving to Gainesville to pursue a master’s degree in the fall. He attended Florida State University and majored in Computer Science. Peter plays Quidditch competitively (Yes, the sport from Harry Potter!)!